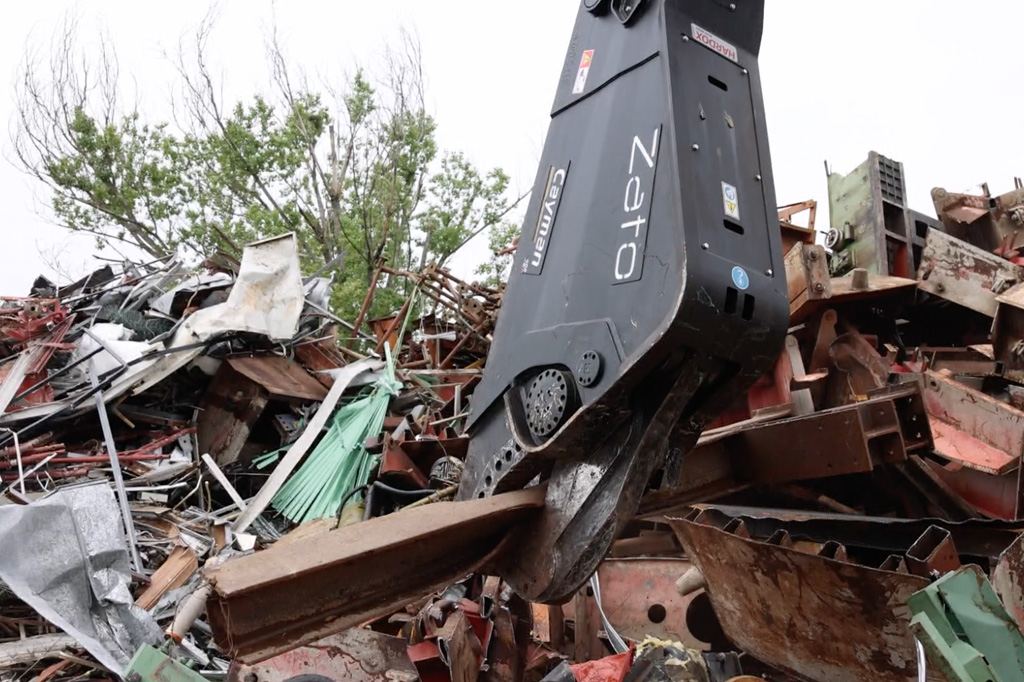 The history of the Cayman shear and the foundation of Zato are inexorably linked, overlapping and blending into a single, simultaneous experience.

The Cayman shear is the cornerstone upon which the rest of the company has been built. Not long after they were introduced, they quickly established themselves as Zato´s most sought after piece of machinery which is why, even today, they are considered the tool most representative of Zato.

This is why the Cayman line and its older siblings that came before it not only represent the origins of Zato but also continue to add considerable symbolic and real value for the company.

Despite now being eclipsed in importance, size and overall turnover by other ZATO recycling plants and larger machinery, The Cayman brand remains at the centre of our product portfolio and is the test bench for new customers in emerging markets upon which our products are judged.

Today, we manufacture much larger and more complex machines in the field of scrap reduction, yet we remain closely tied to the Cayman demolition shears, constantly evaluating and improving them in our continuous quest for perfection, from technical features to blade geometry and design, this journey has only just begun.

Over the past 25 years of continuous improvement, our engineers have paid special attention to our customers comments; based on their feedback as well as our own on site testing we continue to improve the shears performance. We can confidently sell our customers a robust, efficient and powerful tool capable of withstanding the rigours and demands of daily work in a metal recycling yard. The current iteration of the Cayman Shear is our flagship product and highly respected in the global recycling/demolition market.

The Cayman line is available in 8 different models of varying size and power output offering a comprehensive range to suet any job requirement.

Over the years, we have installed our shears in almost every country on the planet, from the searing heat of the Iraqi´s desert to the biting cold of Siberia, our shears are in use in more than 2500 demolition sites and scrap yards around the world.

It’s not until many years after first selling our shears to a customer, when we are again contacted by them to request a replacement that we realise how robust and how long the actual life span of these shears are. The used shear really holds its value and with regular service may continue to be used indefinitely as we are committed to providing blades and spare parts even for the very first-generation Cayman shears. 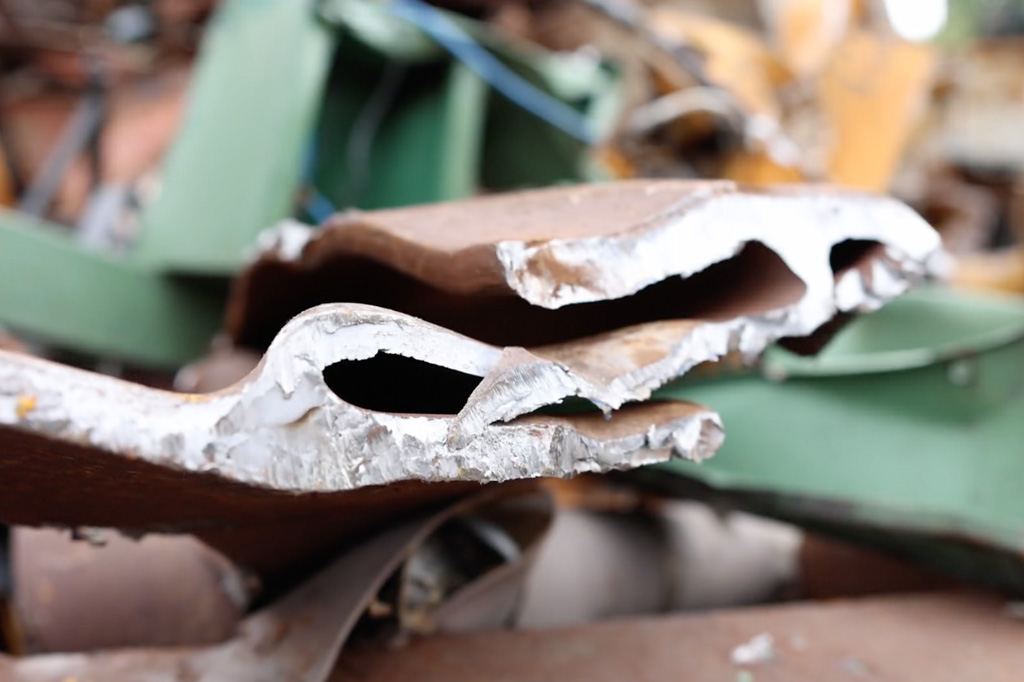 At ZATO we take pride in our manufacturing capabilities. The overwhelmingly favourable feedback that we get from our customers and operators confirms that our philosophy of building only quality and robust equipment and not cutting corners is correct. Indeed, Cayman technology has been given the seal of approval by numerous and diverse companies, from small and medium-sized salvage yards to the largest companies equipped to tackle the most complex jobs in the demolition and recycling industry. 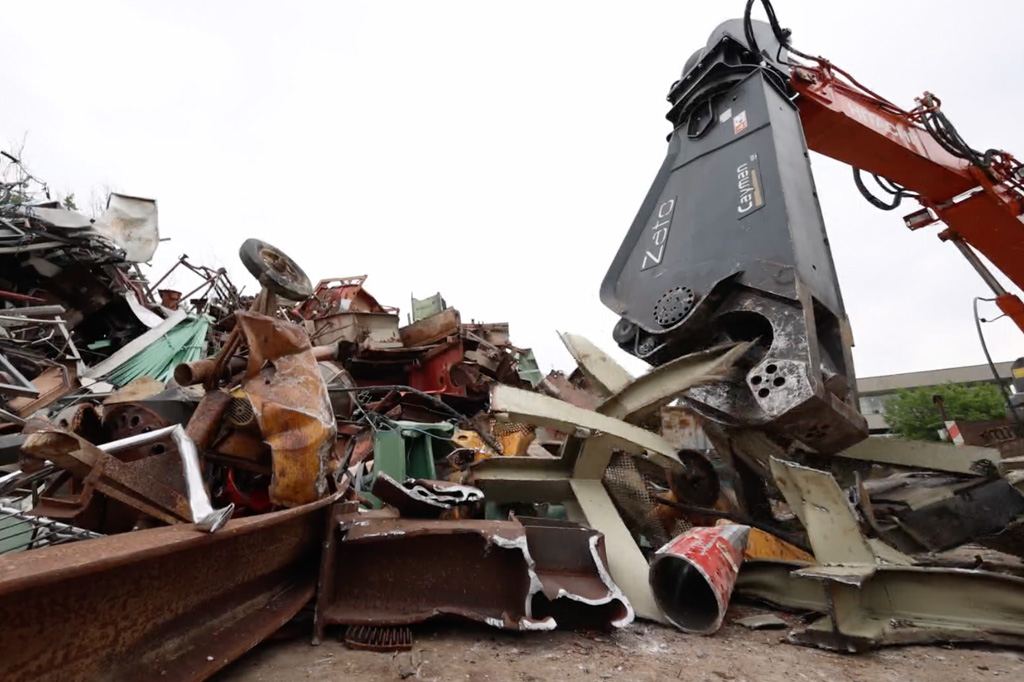 The Cayman line of demolition shears are very versatile and used in a variety of applications. In particular:

Thanks to our experience continual dialog with our customers and our team’s commitment to continuous improvement, we have never stopped seeking to improve the technology, features and design of our tools. The latest incantation of the Cayman shear as well as all of the previous versions are manufactured using only the highest quality components and certified steels available. Original Swedish HARDOX and WELDOX are used throughout to give our customers a shear that offers the best technical solutions on the market today and guarantees them a tough and reliable shear for any job application.

1) Strong and resilient body: the mechanics and components are suitably protected from inevitable shocks and blows. The shears external frame and body is manufactured from specialised Swedish steels with a very high strength and a high elastic limit (700Mpa). The same high-quality steel is used to manufacture the shears mobile jaw while the lower fixed jaw is manufactured using highly wear resistant HARDOX steel. This combination of high-end materials allows us to manufacture a shear that can cope with the high stresses subjected on the shear on a daily basis.

3) Large-bore cylinder: An oversized cylinder makes it possible to achieve maximum cutting force in all models while still staying compact. The central pin is perfectly mated to the pin housing and is resistant to thrust damage because of our special production procedure known as ‘cryogenic shrink fitting’. As the name suggests, the pin is first super cooled using liquid nitrogen to allow it to fit perfectly and snugly in the pin housing. This manufacturing technique achieves maximum strength and durability of the central pin. A spherical joint keeps the hydraulic cylinder and mobile jaw correctly aligned at all times there by preventing blade distortion.

The Cayman RC 120 demolition shear was used in the demolition of the Bremen, a Turkish-flagged ship that famously ran aground on the beaches of Erdeven, France

Page load link
We use cookies on our website, in accordance with our Cookie Policy, to give you the most relevant experience by remembering your preferences and repeated visits. By clicking "Accept all" you consent to the use of ALL cookies. However, you can visit "Cookie Settings" to provide controlled consent.
Set cookiesAccept allReject
Manage consent

This website uses cookies to improve your experience while you navigate through the website. Out of these, the cookies that are categorized as necessary are stored on your browser as they are essential for the working of basic functionalities of the website. We also use third-party cookies that help us analyze and understand how you use this website. These cookies will be stored in your browser only with your consent. You also have the option to opt-out of these cookies. But opting out of some of these cookies may affect your browsing experience.
Strictly necessary cookies Always Enabled
These cookies are essential to provide you with services available through our website and to enable you to use certain features of our website. Without these cookies, we cannot provide you certain services on our website.
Functionality cookies
These cookies are used to provide you with a more personalized experience on our website and to remember choices you make when you use our website. For example, we may use functionality cookies to remember your language preferences or remember your login details.
Performance
These cookies are used to collect information to analyze the traffic to our website and how visitors are using our website. For example, these cookies may track things such as how long you spend on the website or the pages you visit which helps us to understand how we can improve our website site for you. The information collected through these tracking and performance cookies do not identify any individual visitor.
Analytics
Analytical cookies are used to understand how visitors interact with the website. These cookies help provide information on metrics the number of visitors, bounce rate, traffic source, etc.
Advertisement
These cookies are used to show advertising that is likely to be of interest to you based on your browsing habits. These cookies, as served by our content and/or advertising providers, may combine information they collected from our website with other information they have independently collected relating to your web browser's activities across their network of websites. If you choose to remove or disable these targeting or advertising cookies, you will still see adverts but they may not be relevant to you.
Others cookies
Other uncategorized cookies are those that are being analyzed and have not been classified into a category as yet.
SAVE & ACCEPT
Powered by